On September 3, 2020, the Illinois Department of Financial and Professional Regulation announced the tied applicants who are in the running to receive an adult-use dispensary license. The licenses are awarded based on a merit-based system that is broken up by regions, with ties going to a lottery. However, the issue most applicants have with the situation has little to do with the lottery system and a lot to do with who was selected.

Thousands of applications were submitted in the hopes of receiving one (if not several) of the 75 available dispensary licenses and at the end of the process, only 21 companies remain in the running. A common question going around Illinois cannabis businesses is, “how?!”.

What’s the Hold Up?

The Department argued that the 21 remaining companies received the highest scores in the review process, while others argue that the process was rigged. So much so that 2 of the companies who did not make the cut have filed a lawsuit against the Department and its Deputy Director, and more lawsuits are likely to pour in.

Southshore Restore and Heartland Greens, together as plaintiffs, squarely pointed the finger at the Department for failing to follow through on the State’s promise to give back to those who directly suffered from the war on drugs in Illinois. Not only was such a small number of companies selected to be a part of the lottery, but it was easy for the Department and those reviewing the applications, KMPG, to pick out those companies. Unlike other cannabis lottery systems, Illinois decided to go with a process that lacked anonymity. This has led to the age-old issue of it’s not what you know, but who you know. Plaintiffs alleged that several of the 21 tied companies have members with strong political ties and at least one company has a member that is directly tied to the consulting firm that was given sole discretion in scoring the applications.

To further add fuel to this fire, the process itself seems to have been created to prevent feedback from being given to the rejected companies. Many rejected applicants have requested information relating to their final score and what kept them from being eligible. Given the structure of grading, it seemed almost impossible for true social equity applicants to be left out in the cold, yet here they are.

Unfortunately, there was no process in place for agency administrative review. Southshore Restore and Heartland Greens believed this was a problem. No administrative review process means that companies that have spent thousands of dollars preparing and applying for a license are left without an answer or a remedy. Together the plaintiffs aimed to fix this by demanding time to be made for review. If successful, this would give rejected companies the chance to learn what kept them out of the running and what they could do better in time for the second wave of licenses.

Illinois must have believed that these lawsuits had merit, as the state announced changes to the dispensary licensing process to directly address these issues. The changes will allow certain cannabis license applicants to amend and refile their application and potentially qualify for the lottery.  These changes have delayed the issuing of Illinois cannabis licenses, right when the recreational cannabis market in Illinois is set to boom. In response to these changes, Southshore Restore and Heartland Greens dropped their lawsuit.

With the dispensary licensing process being in flux, it appears that Illinois is holding off on issuing craft grower licenses, even though it’s been rumored that they have already been scored. It’s likely the State is looking at the issues brought up with the previous dispensary litigation to try to fix them before announcing the craft grower licensing. However, these delays are not stopping the bills and rent payments adding up for many craft grower applicants. Given the immense amount of detail required for these applications it was all but necessary for applicants to have all their ducks in a row, thus racking up fees and bills in the process. This seemed fine and dandy when potential income was just around the corner, however now many are left with the bills still coming and no license in hand.

While the Department of Agriculture is responsible for the Illinois craft grower, infuser, and transporter licenses, it is unknown if similar litigation awaits when the list of successful applicants is finally released. Much will depend on whether the State makes changes to its application process to address the concerns raised as part of the dispensary application process. As experienced cannabis attorneys we are diligently following the Illinois cannabis industry and will provide any updates as they come in. If you have interested in pursuing an Illinois cannabis facility license contact Illinois Cannabiz Attorneys for a consultation today! 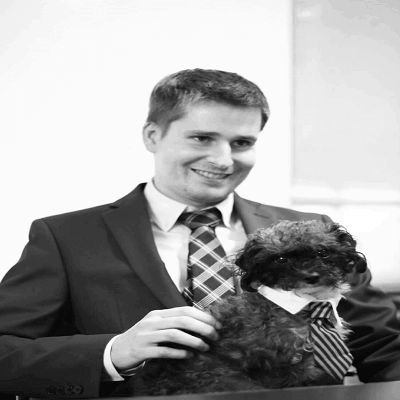 Mr. Roberts is the founder and managing member of Scott Roberts Law, a Detroit-based Cannabis Business Law Firm founded in 2014. Scott has spent his entire career representing businesses and helping them comply with municipal, state and local regulations, as well as assisting on transactional corporate and real estate matters. Scott is an accomplished attorney, author and public speaker, having spoke at CannaCon, Cannabis Industrial Marketplace, CannabisAid, and 420 Canna Expo, to name a few. He has also taught Continuing Legal Education on Marijuana business matters, meaning other attorneys see him speak to learn about the nuances of cannabis business law.

Missed Wave 1? How to Still Get Into the Illinois Adult Use Cannabis Market

Get directions on the map →